0
was successfully added to your cart.

IF women are to make further progress in Queensland to close the gender gap, we have to work to ensure the conversation is inclusive as we openly and honestly look at bias. Because the reality is that without men championing the cause, the push for equality will never be successful.

Brisbane, some will tell you, remains very much “an old boy’s club” with an individual’s career trajectory determined to a large extent by what school they went to. If we are to really drive change and close the gender gap, we need to push past old school tie networks and draw the conversation more towards merit.

“I hear people, mainly men, say that we have made good progress in closing the gender gap, but this flies in the face of the facts,” Elizabeth Jameson, Founder and Managing Director at Board Matters said.

If there were any doubts that the gender gap continues to be alive and well, one need look no further than the World Economic Forum’s 2017 Global Gender Gap Report, which measured the progress 144 countries had made towards gender parity across four areas:

Disappointingly, Australia is ranked 35th on the 2017 list; an improvement from 2016’s ranking of 46th but still lagging well behind our 2006 ranking of 15th.

Looking at individual geographic areas, East Asia and the Pacific are expected to take some 161 years (at current trends and pace) to close the gender gap. North America is the only region expected to take longer at 168 years.

“Gender parity is fundamental to whether and how economies and societies thrive,” the World Economic Forum report stated. “Ensuring the full development and appropriate deployment of half the world’s talent pool has a vast bearing on growth, competitiveness and future-readiness of economies and businesses worldwide.”

Why are we lagging behind? 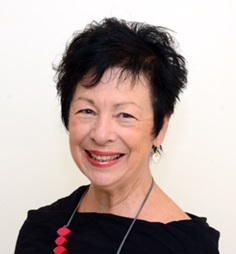 Robin Francis, President of the Brisbane Women’s Club and leadership consultant with policy and change management company Ithaca Group, said Queensland was a strong example of women in key leadership roles in the government and not-for-profit sectors, but not in the business sector.

“If you look at the Queensland Government, we are winning at closing the gender gap hands down compared with other states,” Robin said. “Almost 48 per cent of the Queensland Cabinet are women.

“We currently have, and have had, more women in senior professional roles in law and government than we see in the major capitals of Sydney and Melbourne.”

Despite this level of political power women are wielding, there continues to be a level of systematic unconscious bias which permeates much of the Brisbane business sector. Unconscious biases are those we are not aware we hold but which affect our decision-making.

“The Queensland Government was able to increase female representation on government boards in Queensland in just 18 months from 37 per cent to 42 per cent because of its commitment to equal representation,” Robin said. “This was successful because the State Government set a target to work towards.

“I am optimistic that the winds of change are in the air. And that includes making sure men are a key part of the conversation and ensuring senior women are taking an interest in the careers of younger women and mentoring them, introducing them to key leaders and helping them get to a point where they can compete equally.” 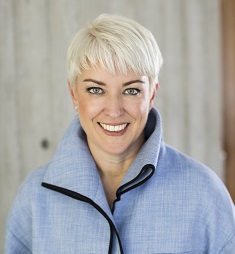 Cathie Reid, co-founder of Icon Group said she felt most Australians “would like to feel we are significantly ahead of developing countries in closing the gender gap”.

“The fact is, in developing countries they don’t have the time or inclination to ignore half of the talent pool,” she said. “That is what is driving that gap between emerging economies and long-term established economies such as that which we have here in Australia.”

Cathie said economies such as Australia had what she described as “established levels of bias” which needed to be proactively broken while emerging economies were faced more with an issue of staffing its new economic growth.

“If we are waiting for change to happen because we think it should, nothing will change,” she said. “If you look at the time our business norms were being established, women’s roles were very different then.

“We are still dealing with structures that have been in place for 150 years around the role of men and women in business. In emerging nations, that are building their systems from scratch, it would be insane for them to ignore half the workforce and only look at men.”

Cathie said one way to help bridge the gender gap was the use of quotas for women in the workplace and in positions of seniority.

“If a women is on a board or in a position because of a quota, while no-one wants to be the token anything, it is still a woman in a position she would not otherwise be in,” she said.

“If you are there to fill a quota, it doesn’t matter. What matters is that you are there in the first place. I really do see quotas as a very tangible way of ensuring change is occurring. Once we get women in the room, they will add value and then it will seem ludicrous that they had to get there on a quota.” 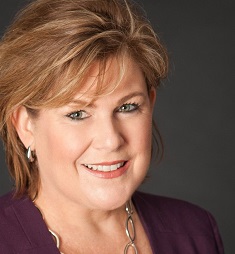 Georgia Henry, CEO of Organisation Culture Consultancy HENRY REED and a Director of Brisbane Women’s Club agreed that women in Brisbane had to push hard against the business hierarchies, systems and structures established by men.

Georgia, who grew up in Brisbane and has spent time living and working in Sydney and internationally, said she returned to her hometown and in doing so, found herself back in what is very much a boy’s club.

“In Australia, we have a long history of male dominance and all of our key structures and systems have been developed with a male view,” she said. “This is entrenched in our way of thinking, as this view still dominates our education, our view of history, our laws and our ways of doing business. Those biases towards a male way of thinking are hard to change and will take time to make the systemic changes needed.

“Brisbane is still very much dominated by what seems to be a boys’ club. At networking and business events it is not uncommon for there to be only a handful of women in the room and that needs to change.”

Georgia, is an advocate for quota systems as they keep focus on gender parity. She said she believed the move to true equality will “take a long time, but we need to keep progressing the conversation”.

“In the meantime, we need to be generous in how we support each other,” she said. “Women need to back each other, express their gratitude to each other and do what we can to empower each other until it gets to the point where gender equality is seen as normal.” 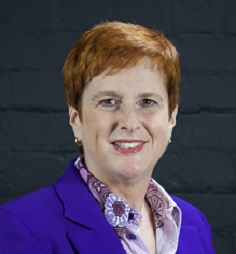 Elizabeth Jameson admits she was once against quota systems but now believes they are critical to establishing gender parity.

“It increasingly amuses me when people who are threatened by the idea of quotas or even targets say ‘it should be based on merit alone’,” she said. “If that were true, we wouldn’t be in the position we are in today.

“I would love for the gender gap to be closed by leaving it to natural forces because all the evidence shows that having women on boards produces better results, but the glacial pace of change flies in the face of that.

“I would like to see targets set for boards to have at least 40 per cent of each gender on them. With that approach, it won’t be a problem for boards to get to a place where there is real gender balance.”

Elizabeth pointed to her own journey as an example of how inherent bias – conscious or otherwise – has impacted the career trajectory of herself and the women she graduated law school with.

“When I came out of law school, 50 per cent of the graduates were women and we went into good positions with good firms. The firm I joined had about 30 partners and about four of them were women.

“I was told then, and that was 30 years ago, that gender parity was only a matter of time. But if you look at the percentages of women in partnerships in law firms, the numbers haven’t changed.”

And the effect of this is cumulative. Elizabeth explained that when companies are looking to appoint board members who have been in senior management or were principals or partners in law firms, women have not risen through the ranks enough to be considered for these roles.

“I am not seeing a great change in the number of women in executive teams and partners and that is very sobering,” Elizabeth said.

Robin said she is emphatic that gender equality is something we can, should and will continue to work towards.

“When we look back in 10 years, we may find we have not achieved gender parity but I think we will have made real progress and because women and, importantly, influential men are speaking up that the current situation needs to change.

“With a common purpose and united resolve, men and women leaders can make gender parity a real possibility within this generation.”

Breakout Box on the #PressForProgress campaign

The theme of this year’s International Women’s Month is #PressForProgress – fuelled by the success of the #MeToo and #TimesUp campaigns – and all four women have embraced this as a positive campaign.

“Any campaign that will work on gender parity with the combined resources of influential men and women, is a move in the right direction. The only way we will succeed is if we are all actively working together with a common purpose and resolve. Campaigns like this are essential.

“A campaign like this on social media allows for thoughts to be gathered and looked at collectively rather than having them all over the place. And, as importantly, it leaves room for men to be a part of the conversation and if we want to see sustainable change, we need to include men. You can’t fix this problem without the active involvement of men. They have the power and they need to be active participants in this discussion and movement

“We need strong male champions, otherwise it will be seen as just a women’s issue and not a society issue; and if it is just a woman’s voice on this issue, then it becomes whinging and men turn off to it. Campaigns like #PressForProgress leave room to encourage men to be involved. We talk about male champions for change, but I think there needs to also be a greater role for men in helping to plan how we break down the barriers and create opportunities for women.”

“We need male champions of change because if they don’t believe we need to close the gender gap, nothing will change. However, it is a fairly fundamental aspect of human nature that those with power and control to not give it up and will have a vested interest in things not changing. That will be the real challenge.”